As the digital transformation took over the world, together with all the rapid changes in politics, technology, business, and especially in people’s perceptions, floodgates of information have been opened, unfortunately, both false and true.

Did you know that 63% of people can’t tell the difference between facts and fiction in the media? This is quite a concerning statistic, as it clearly shows that we live in a society where people lack critical thinking skills. This means that people can be easily made to believe fake news around the world. The impact of fake news is extremely broad, so, in this article, we’re going to focus on explaining what fake news means, where do they come from, and what are their consequences in the PR industry.

The definition of fake news 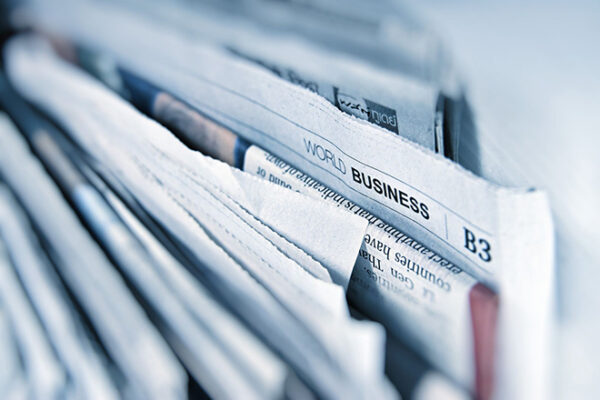 Fake news and the spread of misinformation can mean different things to different people. However, at its core, we can define “fake news” as false news stories. Essentially, the problem of fake news is that stories are fabricated, lacking verifiable facts, quotes or sources.
Most often, such stories are propaganda, and they are intentionally designed to mislead people, or they act as click baits that were written for economic incentives. What does that mean? That writers of fake news profit from the number of people who click on their fake news and stories. Over the last few years, fake news stories have proliferated chiefly via social media channels because they are extremely easy and quick to get shared online, therefore becoming viral. When thinking about solving the problem of fake news, most PR practitioners and researchers seem to stumble, as the universe of “fake news” is much larger than simply false news stories. Despite some stories having a tiny nugget of truth, they lack contextualising details, verifiable facts or sources. It is essential to acknowledge that fake news exists within a much larger ecosystem of mis and disinformation.

Who invented the term fake news

The birth of fake news is quite a fascinating phenomenon, which dates back to ancient times. However, it is very interesting to know that in the 21st century, both the impact of fake news and the use of the term become the most widespread.

This is simply due to the increasing openness and access to the internet, where new information and stories are constantly published faster than ever before. If before we had “the fake news of the week”, we are now looking at “the fake news of the day”, all of which lack verification. Fake news writers are essentially aiming to deceive readers into clicking on links to maximise their website traffic and profits whilst using the term “fake news” in satirical news, whose purpose is to inform viewers and share humorous commentary about real news and the mainstream media. The issue of fake news is that they are entirely intended to increase the financial profits of the news outlet, whilst people entering the phoney news industry keep proving how rapidly fake news can spread throughout the world. 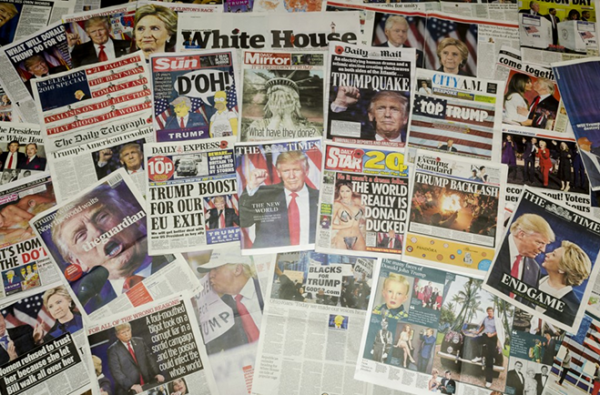 Social media is a catalyst for the prominence of fake news, as networking sites enable stories to be spread onto platforms with a vast audience reach in no time. The gossip fuelled headlines of these stories engage people through the apparent credibility of their source, such as newspaper websites. You can see 50 of the biggest fake news hits on Facebook from 2016 as an excellent example.

With the social media landscape increasingly favouring speed of communications over checked facts and accurate content, fake news has spread rapidly with new fabricated content created daily due to the need to be first to publish “breaking news”. Fake news being shared and spread through social media can also heavily relate to web traffic and its benefits. Websites can charge more for advertising and gain an established reputation if they have a higher number of unique browsers. A way to promote traffic to a website is by publishing enticing and juicy headlines with accompanying images that will attract people to read on. Clever, we know. The headlines can be seen on Facebook as a shared article, and they are increasingly becoming more elaborated to battle through saturated timelines full of ‘communications clutter’. Yet, with all the fake news seemingly centred on politics and celebrities, many organisations will likely ignore the issues. However, fake news holds a threat to PR, as practitioners heavily rely on the public’s trust in the media to generate effective and positive coverage for their clients.

Even if the sources of fake news can be tracked to untrustworthy sites, an issue that affects the public’s trust is when credible media sources share the fabricated news as truth! When it becomes a regular challenge to decipher fact from fiction, it is difficult for an individual to determine whether your client’s positive news coverage is authentic and truthful.

Fake news in the UK

Did you know that according to the latest surveys, more than half of the UK kids saw online misinformation in 2020? This content has been leaving readers annoyed, sad, angry, upset, and even scared.

However, it is worth mentioning that the internet is also a force of good, as almost three-quarters of children that took part in the survey said that they felt helped through the pandemic and lockdowns. But at the same time, more than 2,000 young people said they were completely aware of misleading content, while their peers and friends kept sharing misleading content on their social media profiles. Even worse? Influencers, bloggers, and even celebrities seem to have an affinity for sharing fake news. The various types of misleading information that have been spreading over the internet in the UK is related to gaming scams, hidden sponsored ads, edited images and stories created by unofficial sources.

What are the dangers of fake news?

Whilst the internet is a vital source of information, with people spending more and more time on their devices, managing unreliable content and contact is fundamental to being safe online, whilst looking after others too.

In today’s world, people can’t tell anymore what is fake news and real news, which can create a lot of misunderstanding and confusion about important political and social issues. This phenomenon has, in turn, serious negative consequences upon the society we live in, such as:

However, these are just a few examples of why it’s so important for people to seek out the news with as little bias as humanly possible. There has never been a time where accurate and neutral coverage of major events has been needed. 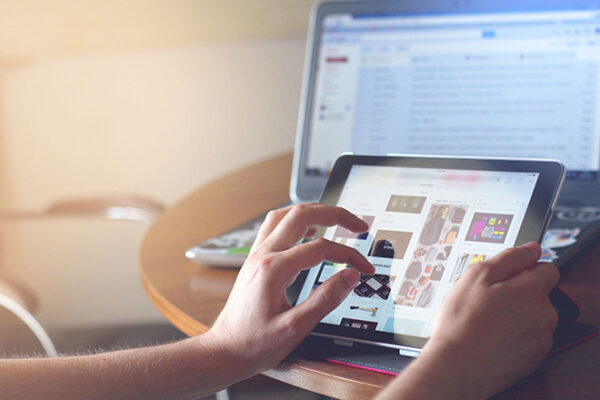 We want people to access the tools they need to navigate busy modern life, including identifying disinformation and trusted sources, staying safe online, and making the right decisions whilst engaging with online content.

The role of PR professionals in promoting their client’s image and the trust people have in their brand has significantly risen in importance. This means that the PR industry must prepare well-researched stories to communicate with their audiences. But first, let’s see how to prevent fake news on the internet in 7 simple ways.

At the same time, PR professionals must adopt a higher degree of cautiousness in their pitching process to improve their story-telling accuracy. This will, in turn, offer the brand the much-needed trust boost to build up its reputation in a positive way. Also, PR agencies must be prepared to deal with the impact of fake news that might be targeted against them. More than ever, we must tackle issues and respond to any potential propaganda with the release of evidence-backed statements that anyone can assimilate.

Before you start believing, retweeting, or sharing any type of content, ask yourself:

Simply take a few minutes to fact-check things before you share! If something you are reading is causing you an immediate emotional response, take a break and try to think about it for a few moments before you click on any headlines or links. This will make a huge difference!

The future of fake news 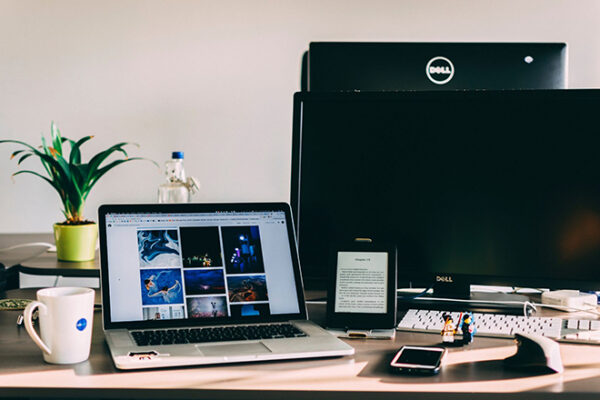 We genuinely believe that the fight against fake news will never stop, so keeping a healthy scepticism will be essential as we move forward into even more uncertain times. Remember that rumours and fake news quickly circulate within communities and online platforms, especially during crises like in the past year.

With this in mind, we can all help stop the spread of disinformation by choosing trustworthy sources. Whilst the increasing volume of fake news won’t change the core responsibility of PR professionals and agencies, there is still a tiny difference in the industry that we must pay attention to. The margin of error is much smaller now for PR, therefore, it is more important than ever to be rigorous in putting together PR pitches and creating publications. The detrimental effects of the biggest fake news stories had a very destructive impact on society in the last few years and the corporate world. This will keep placing a lot of demand on PR professionals to discipline the falsehoods and rumours attacking their clients with well-developed responses, something every PR agency should strive to accomplish.

At RedTreePR, despite the challenges, we are always highly cautious when facing fake news potentially being targeted both towards ourselves and our clients. Our ultimate goal is to establish trust within our communities by ensuring rigorousness in all our communications and publications, which is the goal of all our PR activities. If you would like to find out more about how we can help people know the truth about your business, please get in touch with us today, and one of our friendly and experienced team members will assist you with their best advice and expertise.