Making it Digital with Kitronik

Earlier this year Kitronik, leading Nottingham based electronics company who specialise in designing and providing electronic project kits and resources to schools, appointed RedTree to deliver a comprehensive PR programme across the trade and national press.

Kitronik is one of the partner organisations in the BBC Make It Digital Campaign.

Never heard of it? Well that could be about to change as this flagship initiative from the BBC which will see a personal coding device, the BBC micro:bit, delivered to every year 7 pupil in the U.K. has just been launched. If you’ve got a child in year 7, they could soon be teaching you a thing or two about coding!

RedTree was delighted to accompany Kitronik to the launch held at BBC Broadcasting House. A clearly enthusiastic Dara Ó Briain got behind the event, acting as Master of Ceremonies and Tweeted…

He even had the pleasure of meeting Kitronik co-founder Geoff Hampson as shown in this tweet from our MD Chris Mitchell. This, along with all other tweets from the launch can be found on this excellent Storify thread. 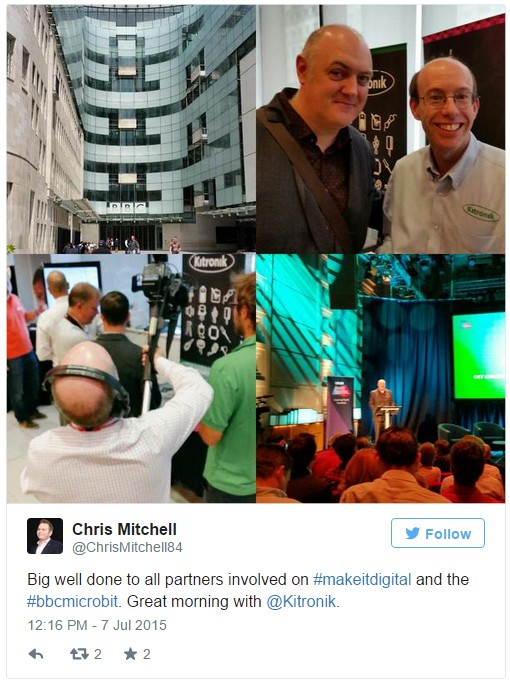 Attending the event with Kitronik helped to ensure the company achieved press exposure and gained recognition for its role in the Make It Digital Campaign. 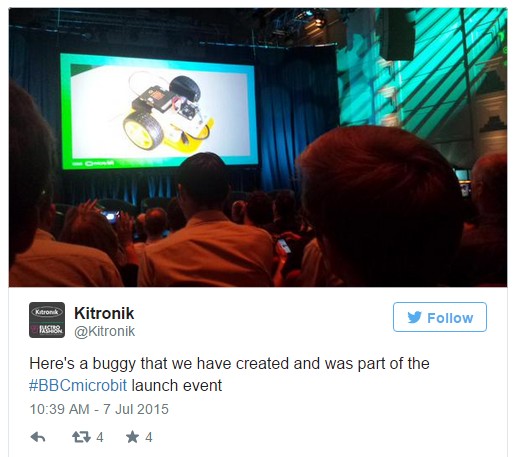 As well as making important networking links, Kitronik’s work was featured in Wired, TechRadar and the Nottingham Post. It’s good to see an innovative regional company getting this kind of attention for its expertise and influence and to make the most of the opportunity to get clients to meet journalists.

It’s going to be an exciting autumn for Kitronik as it supports staff and students in exploring the potential of the BBC micro:bit and helps to move the next generation of young people into creators of technology, not just end users.

We’ll be back to share some of our work with Kitronik later in the year.

If you are interested in boosting your company’s national profile, RedTree can help. Don’t hesitate to get in touch via the banner below.